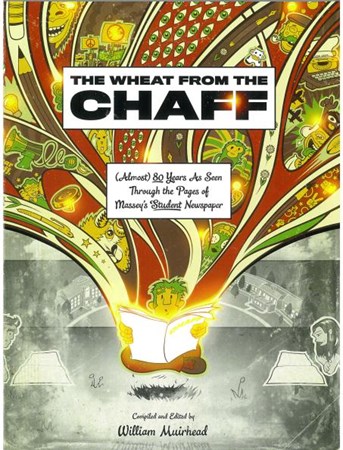 The Wheat from the Chaff : (Almost) 80 Years As Seen Through the Pages of Massey's Student Newspaper.

From 1934 to 2011, Chaff was the student newspaper of Massey University's original Manawatu campus. For over twelve hundred individual editions, throughout most of one extraordinary century and into the beginning of the next, Chaff reported from the front lines of student opinion and activity. In doing so, it recorded not only Massey's "process of becoming" - from relatively isolated agricultural facility to multi-discipline world player - but the same journey as experienced by New Zealand as a nation.